The Glen Stark affair now goes beyond the boundaries of the community. Besides established chess websites and blogs, now the mass media also start paying attention to the bizarre case of “the bald man with the fake CV” on Ilyumzhinov’s ticket. The first (of what we know others are currently editing the news too) to publish the story in details is the largest Norwegian newspaper Aftenposten.

“There is a total chaos in the chess world. In the most absurd turn of events, the ingredient is a bald, possibly fictional man with a false CV, called “Glen Stark”, begins Aftenposten. They ask the chess expert IM Torstein Bae on the subject and he comments, “Some believe there is no such person. Others think the name is incorrect and that the first name must be written with two N’s. In addition, the resume is fake. It’s comical stuff”.

The largest Norwegian newspaper makes a detailed review of the fake CV of “Glen Stark”, listing all the points that you find at the Chessdom article and adding something new. The website of Glen Stark is not only created a week before the fake CV was sent out, it is also registered with a Canadian phone number where quick Google search on this number shows that more internet users have reported it in the context of telephone fraud.

More about the FIDE elections

The FIDE election story so far

Torstein Bae says he “raised his eyebrows” when he saw Iljumzjinov’s team. “General Secretary of FIDE is one of the highest positions in international chess. That there we find a totally unknown person does not put the election campaign in a good light,” says Bae for Aftenposten.

Morten Sand also expressed his opinion, “There are 188 countries in FIDE. It’s a big business. It’s not possible to do this with pure amateurs.” Sand also showed his preference, “Makropoulos was a serious chess player and has many organizational qualities. He is very up-to-date and has a deep understanding of many important things in the daily chess world, such as rating, titles and tournament rules. Therefore, there is no doubt that he has everything needed to lead the organization,” says Sand. “Makropoulos is the very godfather of international chess. He has received a lot of criticism, yes. But there is so much criticism that should really be aimed at Kirsan. It is he who sits the floor and travels around, while Makropoulos must get things done,” concluded Sand.

The local chess journalist Tarjei Svensen also adds a comment, “He is not a good option at all. […] He has been in power in recent years and has been the one who has ruled in the daily life” He also adds on his Twitter account an important note, “The President of the Norwegian Chess Federation also confirms that he received a letter from the Russian Embassy earlier this year asking them to vote for Ilyumzhinov in the election. Again.” 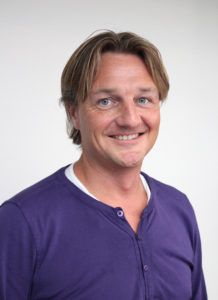 The news about the embassy letters is supported by Morten Sand in another Aftenposten article. It states, “Chess president Morten L. Madsen says that he received a letter from the Russian embassy already earlier this spring. There he was asked to vote for Iljumzjinov. “I politely replied that we will decide on the various presidential candidates when it is finally clear who poses. No decision will be taken before the Norwegian Chess Association’s central government is being drafted. It will take place on July 8, during NM in Sarpsborg.”

Aftenposten has tried to get in touch with Kirsan Iljumzjinov, but has not received an answer yet.

The third candidate Nigel Short received a comment from president Morten L. Madsen, who does not provide any guarantees as to who he supports. “I know Nigel Short as a chessmaster and chess player. I am uncertain of the extent to which he has the political attributes and business relations that a president needs,” says Madsen to Aftenposten.