Nearly all top chess stars over the past 27 years have played the Magistral Ciudad de Leon. And that collection will be enriched in 2014 (5-9 June) with two of the biggest all times prodigies.

The tournament moves back to the four player format, with the two top Spanish stars: Paco Vallejo (the winner in 2012) and Ivan Salgado, current Spanish champion.

Marcelino Sion, the tournament director, breathes easy now, after three very tense years: “It is going to be a very special edition. Although the tournament has been in danger for the last three years due to the financial crisis, we have managed to return to the four player format with very charismatic players, specially the two Chinese. I am convinced that, in the future, historians will add Yifan Hou and Yi Wei as two amazing examples to the list of wonder kids which chess has produced over the years, as well as in music and mathematics”. 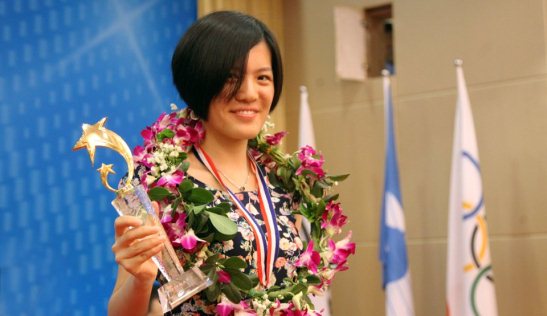 That prediction has a very solid base. No woman, not even the Hungarian Judit Polgar (the only woman that has been among the world’s top ten) has achieved so many successes as Yifan Hou as such a young age.

She is the youngest ever to win the world title (at the age of 16), as well as the youngest female player ever to qualify for the title of Grandmaster (14), to participate in the FIDE Women’s World Championship (Yekaterinburg 2006) and the Chess Olympiad (Torino 2006), both at the age of 12.

In June 2007, she became China’s youngest National Women’s Champion ever, at 13 years of age. She lost the world crown in 2012, but managed to regain it in 2013. She is now 20, and her life is not only chess, as she studies International Relationships at the University of Beijing, and speaks fluent English.

Potentially, her limits are still far away. She even looks capable of climbing as high as Judit Polgar. Actually she beat the Hungarian in Gibraltar 2012, where Hou achieved the best women result ever. But we still do not know if chess will be her priority in years to come.

However, Hou’s great achievements could become small compared to what is expected from Yi Wei, providing he overcomes his adolescence with no serious problem. His results so far remind us of those of Magnus Carlsen at the same age.

The list of his prominent victims in 2013 includes Maxime Vachier-Lagrave, Alexei Shirov and Ian Nepomniachtchi. Some strong grandmasters even think Yi Wei will be the main opponent for Carlsen in the long run.

But there will be more than just the Chinese stars to pull in the crowds. Vallejo and Salgado are also interesting players, for different reasons.

Vallejo, 31, former U18 world champion, is in a kind of a sabbatical period, playing a very few tournaments per year. But his results are not bad. For instance, he was 7th at the last European Championship. 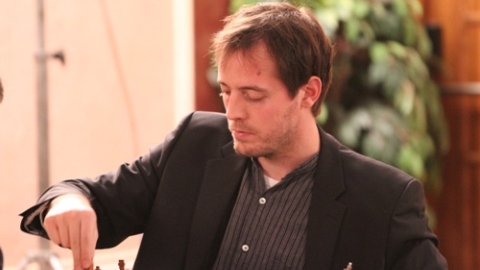 Salgado, 22, silver medal at the U18 World Championship in 2009, shows solid progression and strong discipline. He has moved to Sofia (Bulgaria) in order to work with his colleague and friend Ivan Cheparinov. Vallejo’s big talent and Salgado’s hard work make them capable to eclipse the two Chinese stars in Leon.

The semi-finals will be played on Friday and Saturday (June, 6-7), and the final on Sunday, at the magnificent Auditorium. As in the former 26 editions, Joaquin Espejo will be the main arbiter.

All matches will be played to the best of four games (20 minutes per player + 10 seconds per move) with a series of 5 minute games in a case of tiebreak.

The tournament keeps all the traditional sponsors, and this year is linked to an historical event: Leon had one of the oldest European Parliaments which opened in 1188. Among the parallel activities, there is a very original competition called Chess and Business, organized by El Inversor Inquieto, which has been successful so far: http://bit.ly/1hgLnzW