Excitement heats up with one round to go as top-seed Grandmaster (GM) David Howell of England crawled back into the leader board with five others after out outsmarting GM Gadir Guseinov of Azerbaijan in Monday night’s eighth round, to up his tally to 6.5 points in the 17th Dubai Open Chess Championship – Sheikh Rashid Bin Hamdan Al Maktoum Cup at the Dubai Chess and Culture Club.

Howell, playing white, took advantage of Guseinov’s weak back rank to wrest the upper hand and eventually score the full point in a slow, manoeuvring Sicilian Defence game, which saw both queens traded off as early as the tenth move. In a rook-and-knight endgame with pawns on either side, Howell’s well-posted knight on b5 and pawn on a6 proved decisive as they created mating threats in combination with the English player’s rook. Howell eventually created a protected passed-pawn on the a-file as Guseinov resigned with equal material on the board, although his kingside was about to be decimated.

Seventh-round joint leaders GM Vladimir Fedoseev of Russia and GM Alexander Shabalov of the US split the point in their top-board encounter to joint Howell in the lead. Playing the white side of a Nimzo-Indian Defence game, Shabalov nurtured a small plus in the opening and gradually built up pressure against black’s loosely placed pieces and kingside pawns in the middle game. An ill-advised queen exchange on the 36th move, however, allowed Fedoseev to equalise and both players agreed to a draw after the next move.

GM Eltaj Safarli of Azerbaijan, who sensationally lost to the UAE’s Fide Master (FM) Saeed Ishaq in the first round, is just one round away from completing an amazing comeback when he posted a win over GM Nils Grandelius in their Sicilian Defence – Rossolimo Variation encounter, albeit it was a fatal oversight that led to the Swedish player’s downfall. The white-wielding Safarli, who also now has 6.5 points, was creating serious threats against Grandelius’ king with a queen-and-rook battery on the h-file, although computer analysis showed that black was fine and even had an edge.

The over-the-board situation, however, was a lot more complicated as Grandelius had to deal with time pressure and nerves, which led him to commit a decisive mistake on the 47th move. Safarli was quick to spot the tactical finesse with a rook sacrifice that would force Grandelius to give up his queen or get checkmated. Grandelius elected to resign on the 50th move.

Turkey’s GM Dragan Solak completed the lead cast with a clinical win over Ukraine’s GM Yuri Solodovnichenko in 34 moves. Solak essayed the Caro-Kann Defence and dutifully punished a dubious knight sortie by Solodovnichenko, which allowed Solak to win a pawn and wrap up the point shortly thereafter.

International Master (IM) Zaur Mammadov of Azerbaijan, who was among the leaders after the seventh round, drew with GM Yuriy Kuzubov to join the chasing pack of six-pointers.

Fedoseev and Solak will have white against Howell and Safarli, respectively, in Tuesday night’s final round. Shabalov will have black against Serbian GM Ivan Ivanisevic, who is among six players tied for second place with six points apiece.

UAE’s Ahmed Fareed posted his fifth point after defeating FM Salah Yousry of Egypt in a Sicilian Sveshnikov variation. Fareed unleashed a tactical sequence starting with a knight sacrifice on the 26thmove followed by a rook sacrifice two moves later that led to a decisive attack, but the Emirati junior player failed to find the best continuation in the ensuing play, which allowed Yousry back into the game.

The Egyptian, however, committed a grave mistake on the 34th move, which gave Fareed the advantage of a rook and bishop against Yousry’s two bishops, but it took 120 moves and four and half hours for Fareed to finally win the tricky endgame.

FM Saeed Ishaq and FM Sultan Ibrahim, the Arab Under-18 champion, have four points after defeating Tomasz Sielicki of Poland and GM Sergie Beshukov of Russia, respectively. Beshukov failed to show up for the game.

He pointed out that the new faces who are taking the lead in the club’s major activities are part of a commitment to give Dubai’s talented players the opportunity to become future leaders of the club. He said Yahya, a Fide Master who has won many international age-group championships for the UAE such as Arab Youth Championship, and Yousuf, an international arbiter, have been heavily involved in other key events such as the World Blitz and Rapid Championships hosted by the club last year.

Al Abdouli also thanked the team of arbiters, led by International Arbiter (IA) Mahdi Abdul Rahim, for keeping the tournament under control, especially in light of a cheating attempt by one of the players in the sixth round. The other arbiters of the tournament are IA Sheikha Ali, IA Jamal Qasim, IA Sheikha Ali Rashid, IA Walid Abu Obeid and IA Marcelo Augusto.

The tournament offers a total cash prize of US$50,000, with the champion getting US$12,000 and custody of the Sheikh Rashid Bin Hamdan Bin Rashid Al Maktoum Cup. The rest of the top 15 scorers will also receive cash prizes, while special prizes will be awarded to the top Arab and lady players. The top three players from the Dubai Chess and Culture Club and the top three in the Under-2300 rating category will also receive cash prizes. 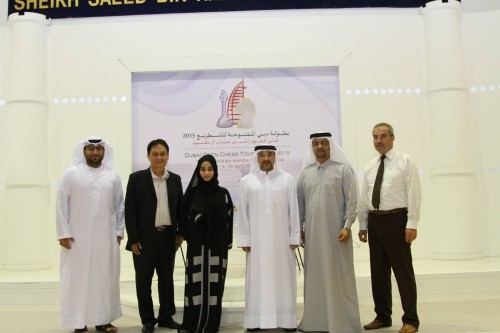 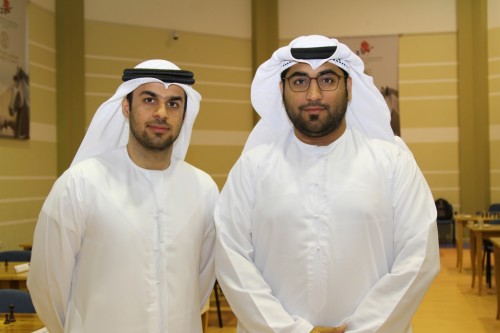 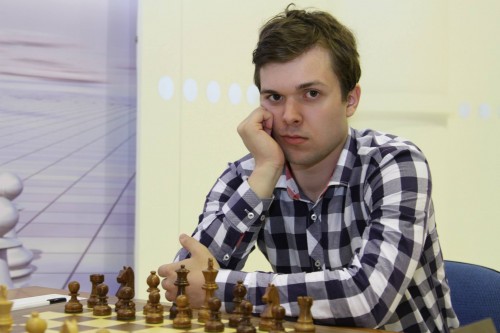 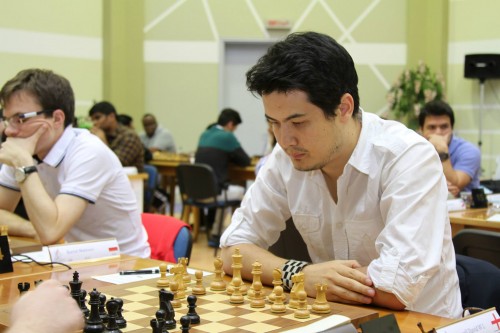 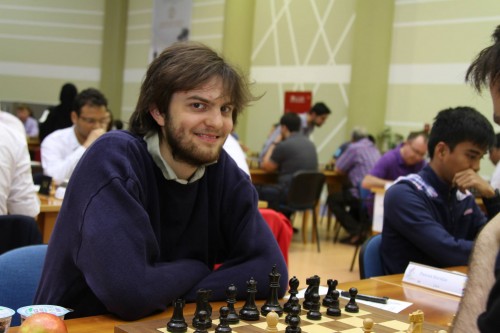