A youngster from Russia and a grizzled veteran from the US have wrested the lead after winning their respective seventh-round matches Sunday night at the 17th Dubai Open Chess Championship – Sheikh Rashid Bin Hamdan Al Maktoum Cup at Dubai Chess and Culture Club.

Russia’s Grandmaster (GM) Vladimir Fedoseev, who turned 20 in February, broke through 25-year-old Italian GM Daniele Vocaturo’s King’s Indian Defence with a crushing queen-and-rook attack on the seventh rank, culminating with a rook sacrifice on the 35thmove that would either lead to mate or inflict heavy material loss. The Italian opted to resign.

Fedoseev, seeded second in the tournament, now has six points on five wins and two draws in a tie with 47-year-old American GM Alexander Shabalov, who won against France’s GM Andrei Istratescu after 41 moves of a Queen’s Gambit Declined.

The Latvia-born Shabalov, a four-time US champion, has pulled together a strong comeback after escaping with a draw in an otherwise lost game against 14-year-old Fide Master (FM) Nail Bashirli from Azerbaijan in the second round, as he has picked up 4.5 points in his next five games on four wins and a draw with top-seed GM Davin Howell of England.

Both players will duke it out for the solo leadership in Monday night’s eighth round.

The other matches between the sixth-round co-leaders ended in draws, relegating them to a tie for the third to ninth places in the provisional standings with 5.5 points apiece. Howell halved the point – his third straight draw after winning his first four matches – following an uneventful Berlin Defence encounter with Turkey’s GM Dragan Solak, who also now has 5.5 points.

In contrast, Swedish GM Nils Grandelius and Ukraine’s GM Yuri Solodovnichenko, the other sixth-round co-leaders, had a more crowd-pleasing, drawn-out encounter, with Grandelius sacrificing his queen for a rook and two minor pieces. Solodovnichenko pressed for an attack against Grandelius’ king with his queen and rook, and was nearly rewarded on the 57thmove when a pawn push could have allowed him to win more material. The Ukrainian, however, missed his chance and Grandelius quickly recovered to build a fortress. Both players played on until the 99th move before agreeing to draw.

The UAE’s Saeed Ishaq, who lists the ninth-seed Safarli and 13th-seed Milos Perunovic among his victims in the tournament, had an uneventful seventh round when he suffered from time trouble that led to costly mistakes in an attacking game against Syria’s Hisham Al Yaghshi, who moved to four points with the win. FM Nabil Saleh likewise dropped a point to FM Ram Aravind of India.

Meanwhile, a representative of the Georgian Chess Federation, Varlam Vepkhvishvili, has sent an email to Dubai Chess and Culture Club expressing his regret for the conduct of Georgian player GM Gaioz Nigalidze, who was caught using a mobile device hidden in a toilet to consult moves with a chess computer during his sixth-round game against Armenia’s GM Tigran Petrosian. The Georgian Chess Federation will impose appropriate sanctions on Nigalidze, who is a two-time champion of Georgia, which could include being banned from official competitions for up to 3 years. Nigalidze has been expelled from the tournament following the incident, which has been reported by various leading news organisations around the world.

Ahmed Khalifa Al Thani said: “I would like to express my utmost thanks and gratitude to His Highness Sheikh Hamdan Bin Rashid Al Maktoum, Deputy Ruler of Dubai and UAE Minister of Finance, for his support in making the tournament one of the strongest and best in the world. We would also like to thank the Dubai Sports Council for the support in organising the tournament.”

Ahmed Khalifa said the Dubai Open Chess Tournament continues to attract top players from around the world. The tournament offers a total cash prize of US$50,000, with the champion getting US$12,000 and custody of the Sheikh Rashid Bin Hamdan Bin Rashid Al Maktoum Cup. The rest of the top 15 scorers will also receive cash prizes, while special prizes will be awarded to the top local, Arab and woman players. 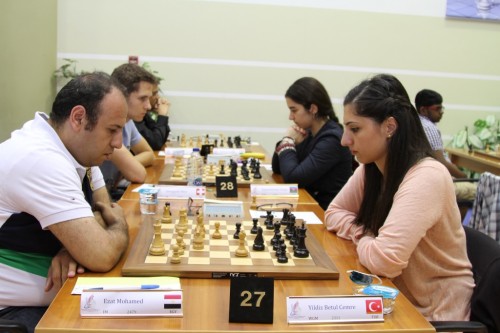 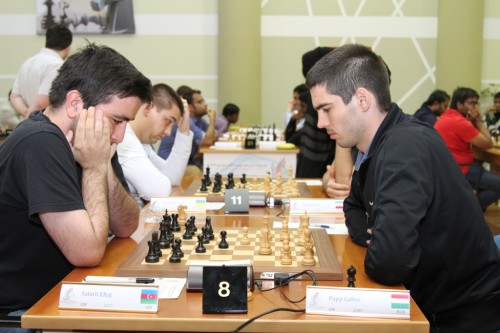 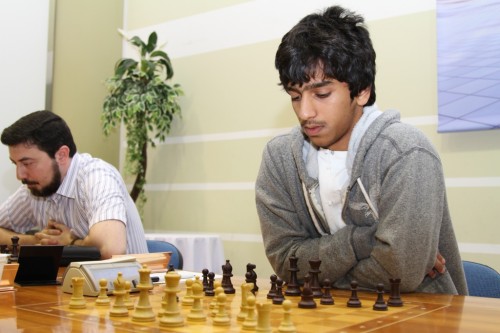 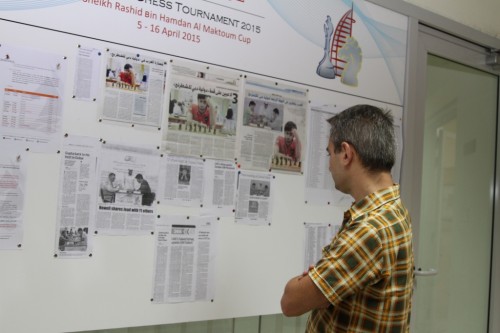