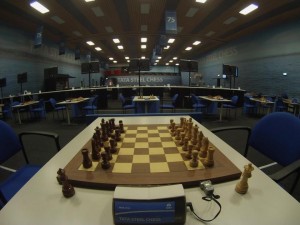 Hello everyone and welcome to the live blog on the opening day of the 2013 edition of the traditional chess tournament Tata Steel! For the next hours we will follow the latest events from Wijk Aan Zee, the drawing of lots, the statements of the players, and more!
We will also be joined by some of our expert commentators for the event, GM Christian Bauer, GM Damian Lemos, IM Miodrag Perunovic, and IM Aman Hambleton, to hear their expectations right before the start of the event.
All updates will be chronologically listed, with the latest information appearing on top, and the oldest at the end of the article.

Now all the key information about tournament is available in the Tata Steel specialized section.

News about multiple other tournaments has also been updated in the process on the main page of Chessdom International.

GM Damian Lemos, commentator for Tata Steel 2013, and NM Will Stewart from OCL also made their predictions for the event, “The 1st round of Tata Steel 2013 begins on Saturday January 12th, kicking off the New Year with a bang as the best chess players in the world will battle it out in this explosive Grand Slam event. There is already considerable buzz for the 2013 Candidates Tournament in March that will decide the next World Championship Challenger, and the winner of the 75th Tata Steel Chess tournament will definitely receive a huge boost in momentum for the WC Cycle. The hands-down favorite to win the event must be the highest-rated player in the world today, Magnus Carlsen, who also currently holds the highest rating ever at 2861 FIDE and recently shattered Garry Kasparov’s all-time record of 2851 at the 4th London Chess Classic less than a month ago in December 2012, playing the best chess of his career. However things might not be so easy in Wijk Aan Zee as there are definitely a few decent chess players in attendance at the Tata Steel 2013 that Carlsen will have to compete with.”

GM Lemos also added, “The dynamic of the tournament is very interesting – Tata Steel 2013 features a 14-player single round robin format with an astounding rating discrepancy between the highest-rated player Carlsen at 2861 FIDE and the lowest-rated player Hou Yifan at 2603 FIDE – a 258 point difference! The Tata Steel 2013 is going to be an extremely exciting chess tournament as startling upsets are 100% guaranteed. My top picks to win Tata Steel Chess 2013 are Magnus Carlsen, Fabiano Caruana, and Wang Hao. Keep an eye out for big upsets by native Dutch hero Anish Giri and former Women´s World Chess Champion Hou Yifan. The first round blasts off with big-time pairings like Carlsen vs Caruana and Anand vs Nakamura in the A-Group, and Movsesian vs Naiditsch in the B-Group.”

IM Miodrag Perunovic, part of the commentators team for the event, shared his thoughts on the championship after the drawing of lots, “This is going to be exciting beginning of the 2013-th, as usual with Wijk An Zee! Clearly the best world player – Carlsen, will try to improve his own rating record and score another impressive performance as he is used to do. The absence of Kramnik, who is currently in one of his best forms ever, is notable. Pity for that. Aronian as one of the most talented, creative, and top players in the world will look for his chance to once again come closer to Magnus, all that in a field of a very well theoretically prepared Caruana, very stable Karjakin, and always dangerous Nakamura. Let’s hope Anand finally starts playing as he did in the past.”

IM Perunovic added, “Speaking of surprises, I would like to see a comeback from Leko, who recently showed some sparks in World Mind games and whose comeback should make happy many positional chess fans all over the world. Wang Hao and Giri are expected to perform with white pieces and will certainly look for chances to bring down the top players. For Van Wely and Sokolov experience will be the key word that can help them surge to the top half of the table. L’Ami can be a surprise at any moment, and I am looking forward to see how will one of the most interesting women chess players ever – Hou Yifan – perform, I definitely expect a few nice wins from her! All in all, lets enjoy together the next 2 weeks and hope for another uncompromising tournament!”

GM Ipatov continues posting images on his Facebook IpaChess. This time it is the official transportation of Tata Steel and also the house where he is accommodated. 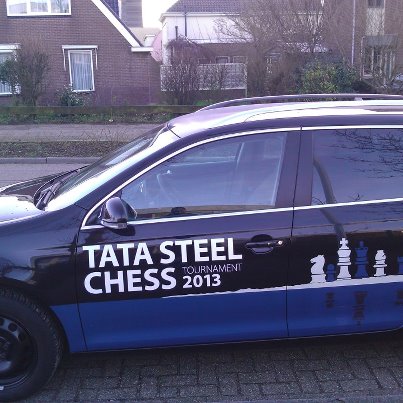 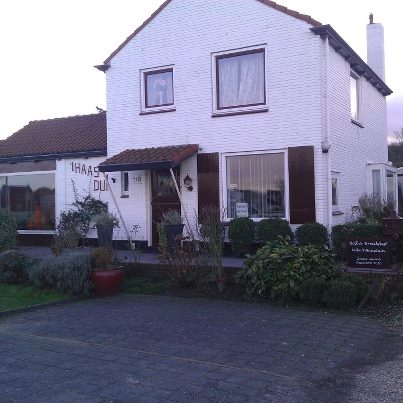 The full schedules of the players are now known and they will appear at the dedicated section of Chessdom International in a few minutes as well. The schedule and news around GM Hikaru Nakamura are already up in the USA version where his games will be with live analysis, while all news around Sergey Karjakin, Maxim Turov, Daniil Dubov, and Alexandra Goryachkina will be at the Russian version . Details about the top seeded in Group C GM Fernando Peralta are now being prepared for the Spain and Latin America dedicated page

Soon there will be a complete photo gallery uploaded, here is how the tournament looked in 2012. This year Tata Steel keeps up to the expected standard and even adds a few more ELO points. The organizers have announced at the opening ceremony that the 2014 Tata Steel Chess will also take place in Wijk Aan Zee, which will be the 76th edition of the tournament.

With the give pairings day 1 of Tata Steel tournament will be highly charged. Yifan Hou, aiming to keep her good record of January performances is going to be up against the 2800 club candidate Sergey Karjakin. Aronian is the first one to have the heavy burden of “victory expected”, but his task will not be easy as against him is the solid Loek Van Wely. Carlsen will have two difficult days – round 1 against Caruana, and round 2 against Aronian. Nakamura – Anand will be a derby match, with extensive coverage on the newly opened USA version of Chessdom.

The pairings for A and B group are already drawn! Carlsen – Caruana and Anand – Nakamura are the headliners of the day. Group B has the derby Movsesian – Naiditsch on day 1. 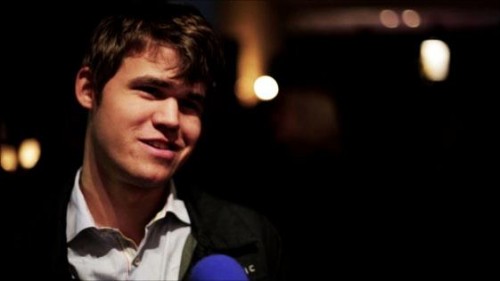 Magnus Carlsen with media attention at the opening ceremony

The B and C Groups of Tata Steel were the one to go through multiple stages before their participants were finalized. Initially a group of 13 players were announced for Tata Steel C, with the 14th expected to come as winner of Groningen. This was GM Hrant Melkumyan, who declined participation as he already had commitment for the Armenian Chess Championship 2013. The organizers successful talks with the second finished GM Kovchan, who replaced Melkumyan. But right at that time GM Ni Hua from Group B got a medical problem and dropped out of the competition. GM Sipke Ernst, current N12 in Netherlands, replaced him.

During the past days the most journalistically active among the players was the current World Junior Champion GM Alexander Ipatov. As a newcomer to Corus / Tata tournaments he is very excited about being in Wijk Aan Zee and is constantly updating his facebook page dedicated to chess IpaChess. One can get the feeling what it is for a young player participating in the event from his messages, “While walking, got to see Vishy Anand with his second Peter Heine Nielsen. Players are coming to Wijk aan Zee!”

Here is a photo of GM Ipatov with his friend and participant in the Tata Steel C group FM David Klein. 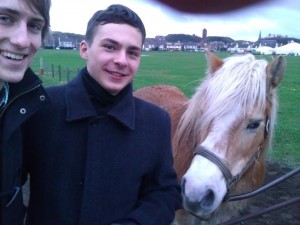 Tata Steel 2013 will be heavily commented on Chessdom, with a strong team of commentators. The latest addition to the team is the young star of the second half of 2012, IM Aman Hambleton, who managed to secure 4 IM norms, 1 GM norm, and a rise of over 200 ELO points.

IM Hambleton shared his expectations before the start of the competition, “The 2013 Tata Steel tournament gets underway shortly, and in a very competitive group A Magnus Carlsen is obviously the tournament favourite, coming off impressive results and playing with more confidence than ever. Although Magnus’ rating is far above his competition, do not underestimate strong performances by youngsters Fabiano Caruana, who recently reached a new rating high, and Sergey Karjakin. The World Champion Viswanathan Anand is also in need of a convincing performance, as he’s struggled to find his way since retaining his title. It will be interesting to see if he takes more risks this time around. Moving down the list, I’d expect to see a solid performance turned in by Wang Hao and a wild card to watch is lowest seeded Hou Yifan who has shown form in recent competitions. It should be an interesting event… now to watch it unfold!”

Tata Steel tournament is ready to kick off with the opening ceremony and drawing of lots tonight. The chess world is eagerly expecting history in the making. Will Carlsen be able to break his own rating record? Can Yifan Hou play at the level that she achieved last year in Gibraltar? Will Aronian continue in the 2800 club and can Caruana and Karjakin join it? etc etc

All these questions will be answered during the next weeks and the battle area is already set. The traditional sea-themed posters and wallpaper are in place, the boards are connected, and the playing hall is arranged. Tata Steel Chess 2013 is ready…