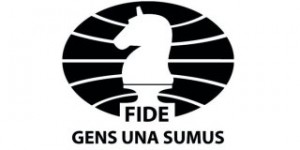 After the official classical January rating list, now the FIDE January 2016 rankings for Rapid are available.  The top 100 has not changed significantly in terms of placings since December 2015, as few games have been played. Magnus Carlsen is holding the top spot once more with an increase in his Rapid ELO from 2873 to 2878 this month, following his two tiebreak games. Carlsen is the only player on the list in the 2850 range. Second place is for Vassily Ivanchuk, who has raised his rating by 19 points to 2844. The third spot is held by Hikaru Nakamura, with a rapid rating of 2842, which remains unchanged from last month. The rest of the top 10 is comprised of Caruana, Karjakin, Nepomniachtchi, Kramnik, Radjabov, Vachier-Lagrave and Anand.

The women’s list is headed by Yifan Hou with 2625 points, who is the only woman in the 2600 range in rapid. Kateryna Lagno with 2593 and Anteoneta Stefanova with 2563 are also close behind.

Richard Rapport from Hungary is first in the Junior Rapid section with 2729 points. Second place Vladislav Artemiev with 2710 and Daniil Dubov with 2700 are very close behind. These three players are the only ones in the 2700 range among the juniors.

Tingjie Lei from China is first in Girls Junior with 2445 points. Following closely is Aleksandra Goryachkina with 2424, the only other girl with rating in the 2400 range. Third is Sarasadat Khademalsharieh.