The seven pairs of players who tied their round three matches with the classical time control returned to the playing hall at the Fairmont Flame Towers in Baku to settle the scores in the rapid and blitz games.

In the first set of the rapid games top seed Veselin Topalov assumed the advantage against the former World Junior Champion Lu Shanglei and then routinely drew the second game to advance to the next round.

Peter Svidler eliminated the local star Teimour Radjabov after the former went for a faulty combination, but the latter missed an intermediate move that refutes the tactics. The Russian player proceeded to convert the advantage.

The first game between Wesley So and Le Quang Liem was drawn, and in the second the Vietnamese player carelessly advanced with the king, running straight into the mating net. Wesley So won and moved into the next round.

In the Russian derby and replay of the 2013 World Cup final, Dmitry Andreikin saved a disastrous position with black and then proceeded to win a fine game with white to send Vladimir Kramnik home.

In the next batch of rapid with faster time control Maxime Vachier-Lagrave broke the lock and defeated Evgeny Tomashevsky 2-0.

Two matches continued to be decided in the blitz games.

Leinier Dominguez played a good game with black, won the exchange and obtained an advantage. But he played too slow, started dropping pawns and eventually lost. In the return game Dominguez was once again oblivious about time and Adams progressed into the next round.

Two fearless fighters, Hikaru Nakamura and Ian Nepomniachtchi, exchanged wins in rapid and in blitz, eventually reaching Armageddon to decide the fate of the match.

Nepomniachtchi had white and 5 minutes, while Nakamura had black, 4 minutes and draw odds. The increment was coming in only from the 61st move.

White got something going, but Nakamura launched a strong counterattack, broke through the ranks and won the game.

Photo gallery is available at http://www.bakuworldcup2015.com/product/62 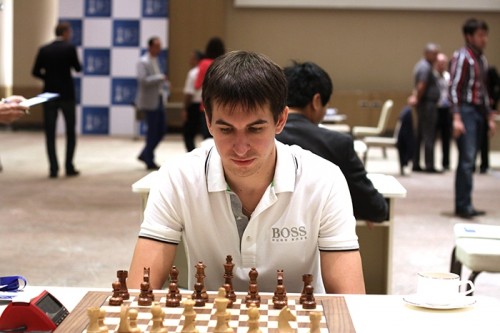 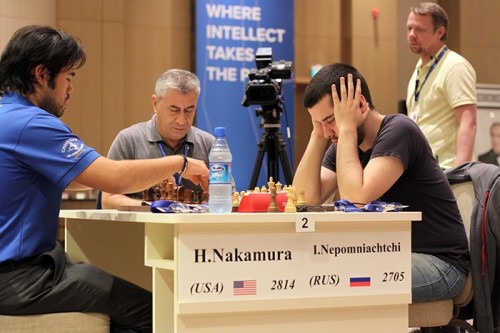 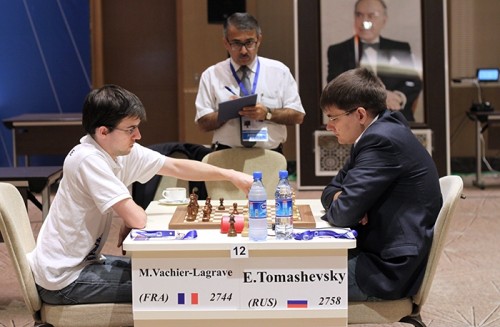 Maxime Vachier-Lagrave is through to the next round 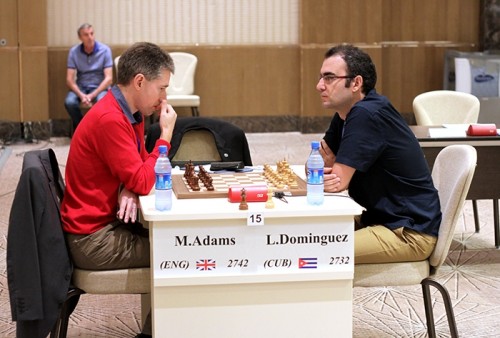 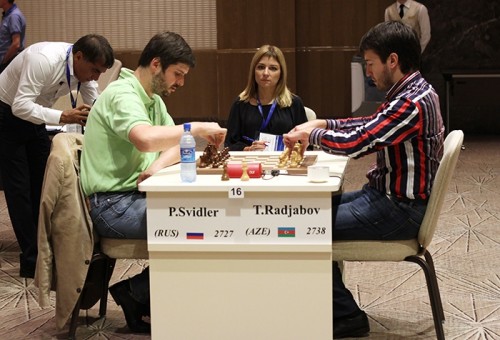 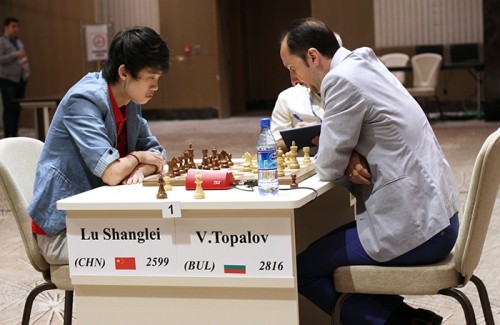 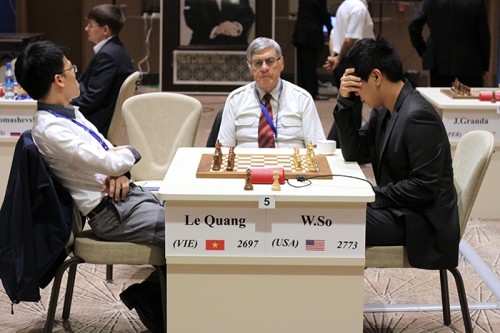 Wesley So focusing before the match with Le Quang Liem