The return games of the third round of the 2015 FIDE World Chess Cup were completed in the Fairmont Flame Towers in Baku.

Ukrainian legend Vassily Ivanchuk surprised everyone, including his opponent, by resigning in a position that was, although weaker, still playable for black. Thus Dmitry Jakovenko advances to the 4th round.

Chinese players Ding Liren and Wei Yi took advantage of the white pieces to defeat Gadir Guseinov and Alexander Areshchenko, respectively, and qualify for the next stage. Yu Yangyi, on the contrary, could not strike back against Sergey Karjakin as the Russian obtained advantage and accepted a draw in better position.

Radoslaw Wojtaszek earned some advantage with white pieces, forcing his opponent Julio Granda Zuniga to sacrifice an exchange. The play got sharper and the Peruvian representative made several mistakes which led him to defeat and elimination from the World Cup.

In an innocuous middlegame Peter Leko, unusually for him, defended meekly and allowed Anish Giri to make substantial progress. The Dutch jumped on the opportunity, seized the initiative and shortly concluded the game.

Speaking of the players who won the first game yesterday, Fabiano Caruana and local star Shakhriyar Mamedyarov held the ground with black, achieving draws, and qualifying for the next round where they will meet each other.

Pavel Eljanov won all six games since the beginning of the World Cup, without conceding a single draw. He won the return game against Alexander Grischuk, to knock the 7th-seed out of the competition.

Seven matches will be settled in the games with quick time control.

Photo gallery is available at http://www.bakuworldcup2015.com/product/60

According to the Regulations (3.8 Tie-breaks), after a new drawing of colors, two tie-break games with the time control 25min + 10sec will be played. 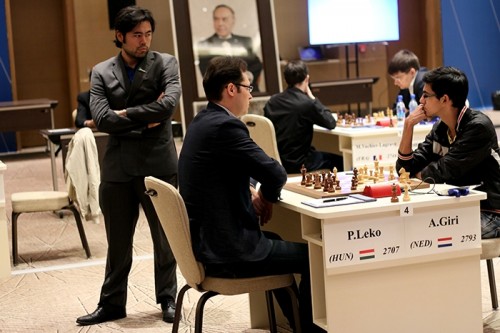 Anish Giri is through to the next round 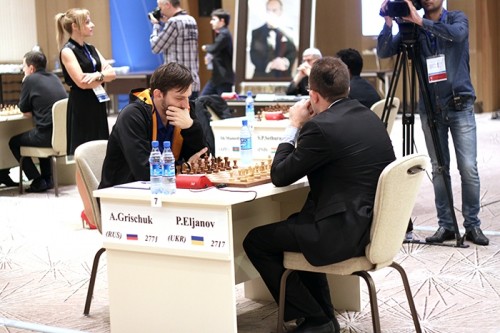 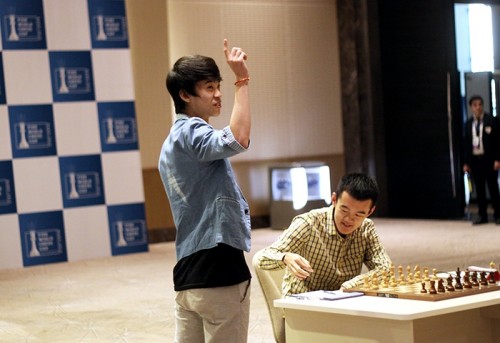 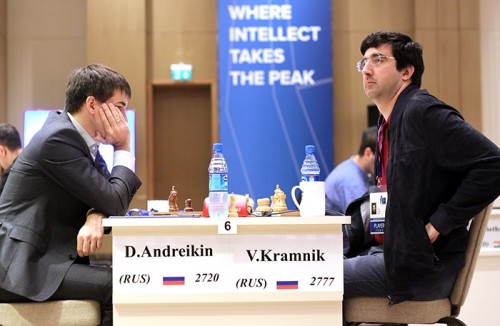 The match between the finalists of 2013 FIDE World Cup 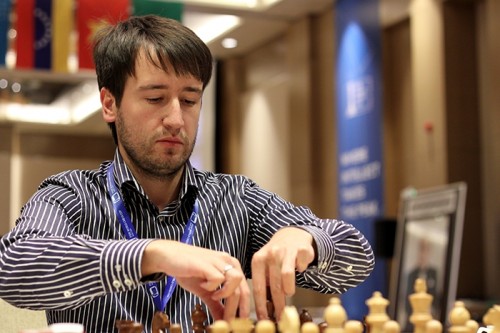 Teimour Radjabov and Peter Svidler made a quick draw, moving on to rapid tie-breaks 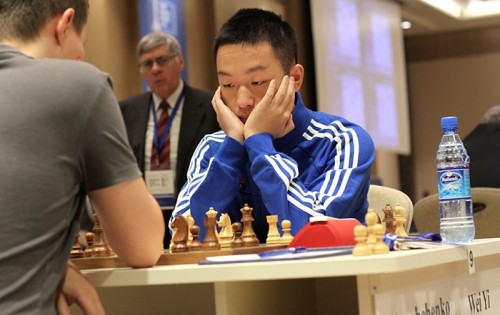 Wei Yi qualified to the next round 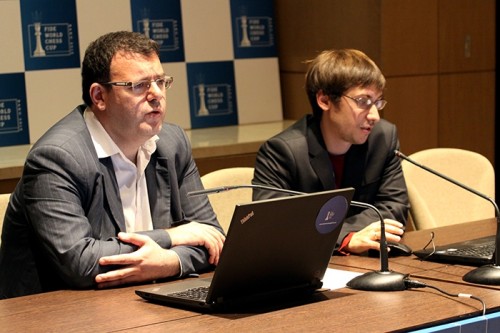 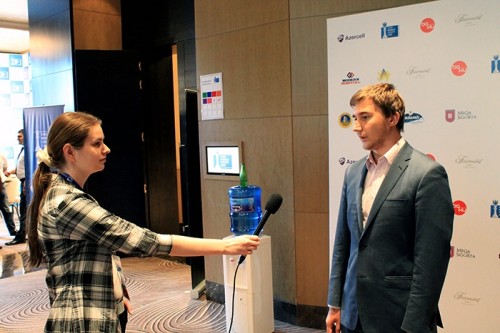 Sergey Karjakin interviewed after the game 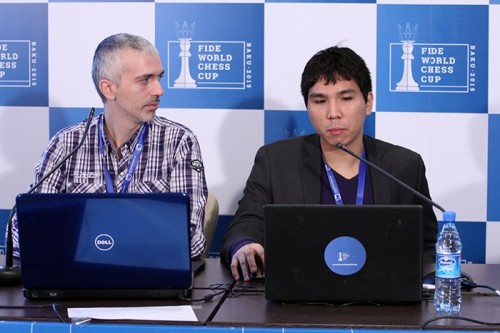 Mamedyarov, Nakamura, Svidler, Vachier-Lagrave advance to 5th round of FIDE World Cup
The return games of the fourth round of the 2015 FIDE World Cup were completed in the Fairmont Flame Towers in Baku. Official website / Live games ...