The fifth round of the 2015 FIDE World Chess Cup started today at the Fairmont Hotel in Baku, Azerbaijan, with 8 players that remained in the competition.

Pavel Eljanov played a model Catalan game to take the lead in the match against Hikaru Nakamura. He used a rare move in the opening, 12.Qc1, and his opponent missed the critical continuation 15…Bxf3.

White exerted strong pressure on the black queenside, finding a nice tactical shot to imbalance the material to his advantage. Eljanov considered that his position was technically winning as soon as the queens were traded on move 23.

Nakamura offered a draw on move 29, but Eljanov rejected it and went on to convert the advantage.

Local hero Shakhriyar Mamedyarov was close to opening the score against Sergey Karjakin, but the Russian defended tenaciously and eventually salvaged a draw.

Mamedyarov employed an enterprising exchange sacrifice that gave him a lasting initiative. At some point white started advancing the passed pawn and black was forced to give up a bishop to stop the menace.

Luckily for Karjakin, he found some counterplay against the white king and forced the exchange of the queens. In the ending with the reduced material black was able to hold the ground.

Peter Svidler and Wei Yi reached a position with the isolated d-pawn but the game ended abruptly with moves repetition soon after the opening.

Anish Giri surprised Maxime Vachier-Lagrave with the opening choice, namely the Petroff defence. Vachier-Lagrave said he got a small plus but nothing substantial and the game was drawn after the double rook exchange.

Photo gallery is available at http://www.bakuworldcup2015.com/product/68 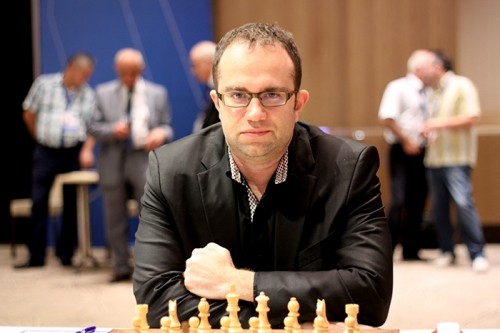 Pavel Eljanov took the lead in match against Hikaru Nakamura 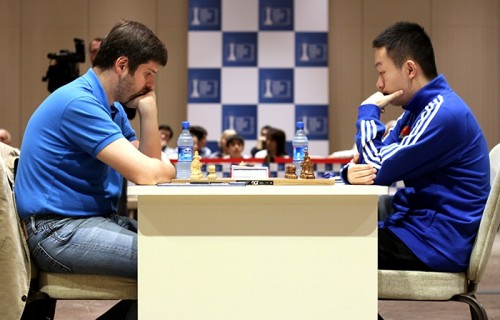 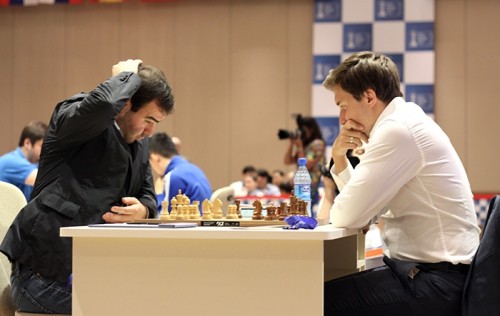 Shakhriyar Mamedyarov could not break the defences of Sergey Karjakin 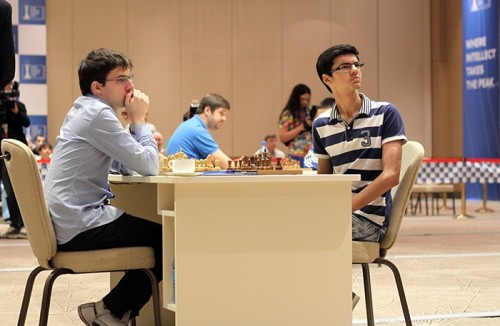 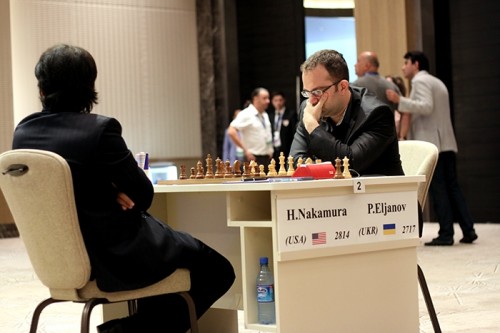 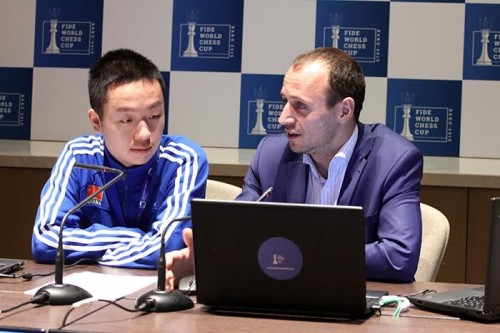 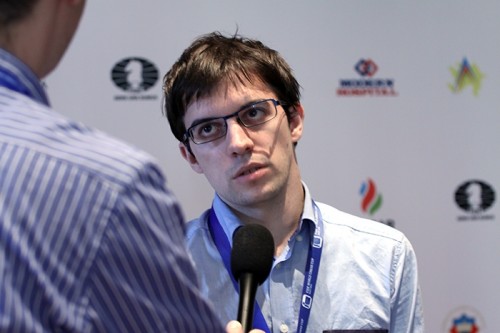 Maxime Vachier-Lagrave interviewed after the game 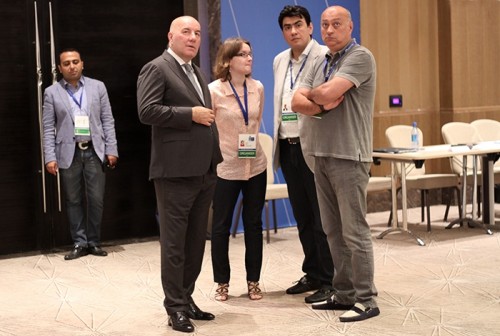 Elman Rustamov, Governor of the Central Bank and President of Azerbaijan Chess Federation, visited the venue