The PGMB team from Rostov arrived as an outsider to the last round of the Russian Teams Chess Championship, given that they played against the leaders – and eventual winners.

Despite the fact that they were already out of contention for first place, there was a strong motivation to do their best in the last round: the four first places qualify to the European Club Championship.

When the match got going, the situation seemed bleak because Peter Svidler had a winning advantage against Baadur Jobava. However, things turned around in favor of the PGMB. Jobava held the draw and Ivan Popov beat Maxim Matlakov with white in a sharp open position to get an overall victory.

The team decided to celebrate in the Black Sea at a -10ºC temperature. 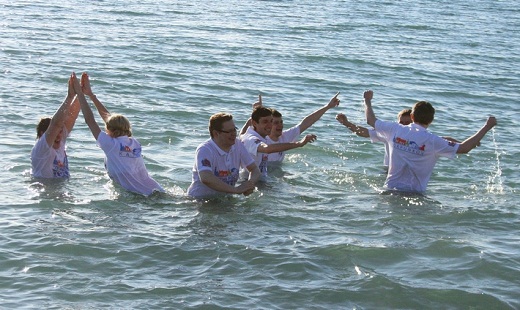 Final report from the Women’s Championship

The performance of the team: